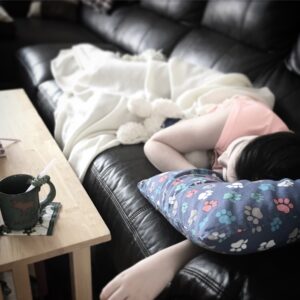 I handed my daughter echinacea tea, grabbed my heating pad and plopped in the living room recliner. Another Sunday invaded by illness, confining us to the couch, instead of a church pew.

My husband’s voice came through the radio broadcast, “Think of the depth of the Mariana Trench in the ocean. Over 36,000 feet deep and yet there is a depth to the human heart that is much greater. No one knows it’s depth but the Holy Spirit Who searches it and surfaces what is unknown to us, but known by Him.” I smiled and wondered at the profound application, yet it echoed what I’ve been thinking about lately. 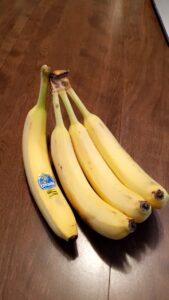 These last two years have been hard personally, but not because of obvious reasons. It’s been two years of revelation about other people’s hearts that had been unseen, unknown, and deeply hidden from me, until the Lord exposed the truth. And it wasn’t the ugliness of the sin, or the darkness of deception that went on for so long, that hurt the most. It was the fact that when exposed and confronted, the people have either run, excused, blame-shifted, lied or defended themselves. No repentance. No brokenness. No softening or sorrow for what they have done, who they have hurt, the damage they have caused, or any trace of fear that they’ve grieved the Lord. Self-righteous pride and name dropping of the Lord filled the air of a few conversations. Psalm 55 speaks of those who refuse to change and have become blind and lost their godly fear. They say one thing, but there are thoughts completely different streaming in the rivers of their self-deceived heart. 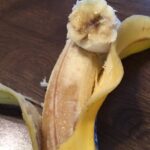 I came home from the grocery a few months ago and had bought fresh produce. As I peeled open a perfect, unbruised banana…rotten to the core. One by one I peeled, yet every one inedible. I thought it must’ve been a temperature issue in shipping and grabbed a pear. As I cut into it, the center of the pear was rotted with seeds fuzzy and mold encased! Strange as it was, I grabbed an apple and there it was. Blameless on the outside, but flawed thick at the core. 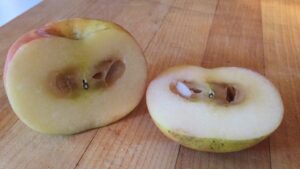 You have to admit, that doesn’t happen often. But it’s in the easily overlooked details that God often speaks gently to our hearts. He reminded me of the oft-quoted verse in 1 Samuel 16:7, ” For the Lord does not see as man sees; for man looks at the outward appearance, but the Lord looks at the heart.” I answered the Lord in my thoughts from Psalm 139, “Search my thoughts Lord. Test me and know my thoughts and see if there’s any crooked (rotted, molded to the core) way in me…”. 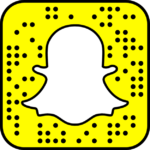 I not only worry for this younger generation…but all of us. This culture in America where social media fills a person’s life from morning until evening. Where people contact others before their feet hit the floor, then go through the day, exchanging thoughts, sharing pictures, solving problems, expressing feelings all through electronics. Touching others solely on the surface. Exchanging the shallows of who one another is while keeping a safe distance behind electronic screens as a shield of armor or camouflage over reality.

As a Christian, when I shut off what everyone else is doing, what everyone else expects of me, and whatever has become the norm in life, I am reduced to the simplicity of who I am in before God. Where there is no mask, no shield, and no excuse…only truth. I can either sleep well because my heart has become so calloused and hard through unconfessed sin or self-righteous pride, or because my heart is imperfect but clean, open, soft and transparent before Him. 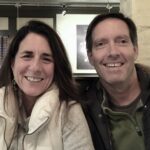 I am listening to my husband pray and end his message now; “Lord, my wife knows everything that is on my phone, my computer, and there is nothing hidden in our relationship…” and I smile. The grace and mercy of God over our marriage. Our relationship is so wonderful solely because of this…and because we do walk in the light with each other. Part of me wants to recoil from close friendships because of multiple pretenders and the pain they’ve caused these last couple of years. But then again, Jesus never recoiled or restricted His love like that. He remained honest though surrounded by liars. He spoke truth despite those who twisted it. He walked openly, transparently, and was genuine to the core in His kindness and love. What a friend we have in Jesus.

What a friend He wants me to be. Not walking with others solely in the shallows, exchanging surface ideas and skimming through coffee talks, idle chat, and empty conversations where anyone can be kept from knowing the truth. I pray 2018 is a year where the church comes together in humility, transparency, accountability, and true unity. Let the Lord take care of chaff and pretenders…

6 thoughts on “Peeled Back and Sliced Through”