As my arthritic thumb flicked through Instagram, I stopped and stared at a small collage of photos a friend posted of her children playing with neighbors. Little snapshots of giant grins and belly laughter I could hear through my screen. Tears welled up in my eyes. 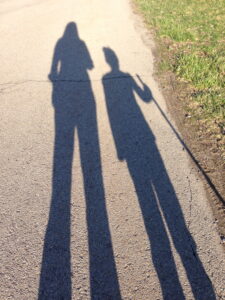 “Lord, I know I’ve complained in the past, but you see my heart now. Though I’ve asked like an impetuous dripping faucet…why haven’t You allowed my little girl to have just one good friend to play with? Just one girl her age that could come over to the house and she could go to theirs…” and on and on I poured out as I have countless times before.

When she was a toddler, I prayed for another mom with a toddler that would steal her toys so I could teach her how to share. When she was three, I prayed for another little girl friend that would compete for attention and that Maddie could learn how to engage socially. When she finally got to kindergarten, though I was bent on homeschooling, the Lord showed clearly to put her in a Christian school in a classroom of all boys. I (whined) thanked the Lord she learned how to make bodily sounds, wrestle (in ballet tights), play with Hot Wheels, kick dirt, chew on paper, and collect rocks, but even in first grade, she’s the only girl.

I’ve driven past the school when she’s been on the playground and sometimes see her playing alone, singing in a corner with a stick digging in the dirt. When I ask her why she was playing alone, I get reasons ranging from “the boys were being inappropriate” with details, or the older girls in other classes didn’t want to play with her or they were being naughty somehow. She loves older girls and hugs them multiple times whenever she gets to play with them.

Last week was Spring Break and despite my efforts, not even older kids were available to play. So I interspersed my necessary errands with unnecessary fun things to do with her myself. I did my best to make each day unusually fun but by the end of the weak, I felt like I’d been in a marathon or some other exhausting event. My backside is still sore from hitting the ground hard when my daughter jumped off the teeter totter without notice.

The Lord snapped me out of my pitiful reflections. “Do you remember the verse I echoed to you this weekend?” He asked.

“Do you think your daughter “lacks” because of what has been withheld, though you have prayed for years differently? Though others have siblings and I have taken her six home with Me, do you believe she will not be ‘normal’ and lack social skills or all of the other attributes that crowd the back of your thoughts?” He continued.

I was silenced at how ridiculous it sounded, but agreed with His echo of my hidden heart. While conviction flooded me, I asked forgiveness for unknowingly accusing the Lord of such unfairness. There is a perception I have of a “normal life” and I’ve never lived it, yet what part of Jesus’ life was “normal” and where did He tell me my focus was to be while on earth? He’s in charge. This daughter I’m raising is His. I’m only to be a faithful steward in this treasure I’ve been given. 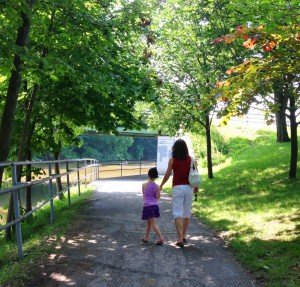 Then the Lord gave me a picture of her in her teen years. The time when most moms get manicures to hide their nail bites, invest in wrinkle cream, and buy antacids that seem attached to their car keys in their teens hands. The Lord spoke so gently to my thoughts, “Why do so many Christian teens fall into temptation Shannon? Why do they compromise and begin to kick at their upbringing? Don’t many of them veer off My path to either maintain or obtain relationships and friendships? Teens often don’t know how to walk alone. They can be insecure and need others approval and are willing to risk their parents disapproval. They can’t handle rejection from their peers. They can’t be content on the world’s playground alone and sing in a corner. They don’t know how to handle being mocked, so they are manipulated by the enemy for acceptance. I’m raising Madigan to love others, but not need them.”

Not need them. That balance that only God can bring that doesn’t cultivate being a loner, nor a needy socialite. Even adults can have a hard time being alone if they are so used to being surrounded by people or their children. Rather than finding security in solitude, and the Spirit in silence, and peace in the Presence of God alone, there can be a sense of worthlessness, discontent, anxiousness, restlessness, fear, or even loneliness. Many become depressed because their heart has been wrapped around others for so long, when others are removed, their sense of identity is gone as well.

I thanked my Father for showing me the value, not the lack, of my child having her mother as her primary playmate. I think of all the parents praying for their kids without a Dad, or a mom, or extended family, and all the ways parents hearts ache for what they want for their kids. But as long as there is a link of prayer to the heavenly Father, He knows exactly what every one of us need and is able to use it all, craft it all, and display it all one day for His glory. 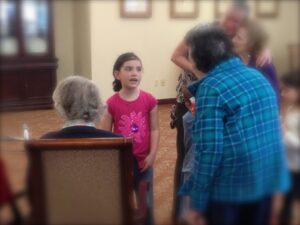 As I went about my day, I got a text from my husband with a picture attached. The kids at the school had gone into a nursing home to sing and visit the residents and one of the teachers caught a picture of my daughter as she stood in the midst of several people telling them Bible stories and anything else they would listen to. The teacher said “Maddie has made conversation with almost everyone…they love her!”

And my eyes welled up with tears.

4 thoughts on “When the Father Raises Our Kids”