I closed my Bible and pushed aside cold coffee to retrieve the iPhone that had been out of my hand for over an hour. This thing. A blessing and a curse. You will not rule over me.

I clicked on the hearts of every Instagram I saw, then popped up Twitter. That overly popular app where people have learned to squash paragraphs of thought into a few sentences. The app my husband would love to apply to the conversations I have with him that are southern-style detailed and drag him through scenic routes and back roads for explanation. 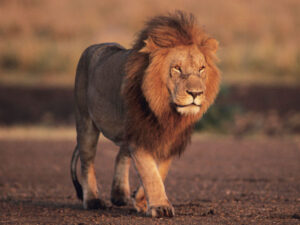 My scrolling stopped when I read “Circus Lion Caged For 13 Years is Freed For First Time.” A lion had been kept by a circus in a tiny metal cage and only let out to perform on concrete platforms for 13 years. He’d not known the sensation of grass beneath his paws since birth. He was released to a sanctuary in Brazil called “Rancho dos Gnomos Santurio” and they captured a video of his first moments of freedom. That majestic cat leapt out of his cage to the ground and immediately stretched out his giant paws, pulled up clods of dry dirt and threw them behind his back. He nearly frolicked like a deer when he ran and then would stop to wrap his arms around a rock, dig his ear into the grass or flip over and let the ground scratch his back.

I immediately began to remember my past and thought, Lord, is that what I looked like when You came into my life and set me free? I remember my heart leaping and the sensation of chains falling off of my guilt-laden conscience. The prison bars in my mind flew open and I saw light in places where only darkness had been. As my eyes adjusted to the light, creation itself went from black and white hues to brilliant, glorious color. I had thought I was living free without Christ, but when the handcuffs of relationships and the shackles of alcohol were broken by repentance, peace so flooded my heart that I was like that lion, stopping to embrace even the hardest heart and tell them about the Lord. 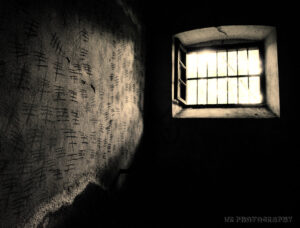 Freedom. To a prisoner that has experienced pain, suffering, torment and despair-inducing “hell on earth” from its captors, words will always fall short of adequately describing what freedom feels like. To a person that lived a nightmare, partied in catacombs, danced with demons disguised as companions, deliverance and salvation are beautiful words. Only the Lord, Who keeps our tears and records what caused them (Psalm 56), understands the appreciation that flows down a freed person’s cheek.

But I do hope, for all the Christians that say they are “under grace” and “free” to go into some people’s old dark prisons, or engage in activities that trap multitudes in bondage, or drink lying liquids that enslave young and old alike, that they will prayerfully consider their definition of freedom. I pray they will count the cost of playing with handcuffs that still have the power to lock themselves around a victim. That they will reflect on their influence over others when they drink and delight and convey an unspoken truth that “all things are lawful,” but forget the rest of the verse that says ” but NOT all things are expedient, beneficial, or good” for people (1 Cor.10:23). I pray Christians will not grow calloused to the ones that required Jesus blood to spring them from prison guards that struck and beat them mercilessly in the past, leaving scars across their memories and inexpressible wounds of regret.

It only takes a minute to glance at the marks left across my wrists that were birthed from a desire to be free of my earthly prison. I never smile at the memories of what Christ came to set me free from, and by His grace, the memories of the “leeks and onions” in Egypt, are eclipsed by the memories of the pain that I received while a prisoner, and the suffering I brought on others by sharing my shackles and defining them as good. Lord only knows how many I lured into their own private prisons by fabricating my own.

Freedom. Seven letters that mean more than a Tweet can compress and a heart can express. I need scenic routes and long back roads to explain what it means to me. 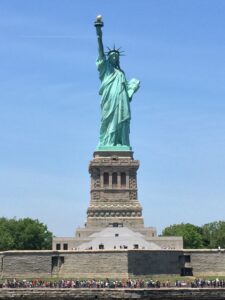 For you are free, yet you are God’s slaves, so don’t use your freedom as an excuse to do evil.~1 Peter 2:16

Being then made free from sin, ye became the servants of righteousness.~Romans 6:18

For you, brethren, have been called to freedom; only do not use freedom as an opportunity for the flesh, but through love serve one another.~Galatians 5:13

6 thoughts on “A Lion’s Reminder About Freedom”