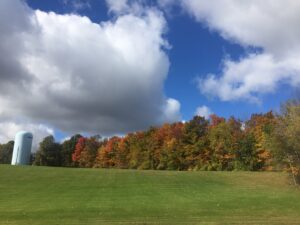 I rolled my eyes at no one and went back to washing dishes. Though my eyes feasted on autumn splendor, muffled voices filled my ears and eclipsed the joy of what I was seeing. Many things can get this Irish blood percolating, but nothing like political debates. I have an easier time biting my lip with demolition drivers in traffic than listening to politician’s empty promises, manipulative monologues, and deceptive dictates. So I decided years ago, after I vocalized my umpteenth argument with a television screen, it was better for my health and those in my family, if I removed myself from all presidential debates or similar speeches.

Unfortunately, my heart did an eye-roll and the Irish percolation started while I was reading Luke 6 the other day. It was the first time I nearly vocalized an argument with long “dead and deaf” religious politicians as I read their on-going criticisms against Jesus. When it came to our flawless King; anywhere He went, everything He said, whatever kindness He showed, whomever He wanted to eat with, however He acted towards others and whenever He spoke truth, He was often attacked by the Jewish Bible teachers, scholars, and what we would call, “church leadership”. One minute, they say He’s a gracious instructor and the next, they try to throw Him off a cliff. He’s criticized for attending a home-cooked meal with spiritually starving people, while His disciples are questioned for not starving themselves while they are feasting with The Groom in pursuit of His bride. 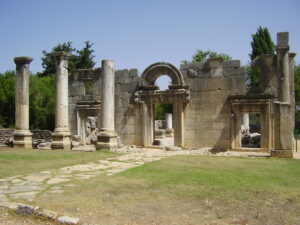 Have you also noticed all the things that happened in synagogues in Jesus’ day? We find a demon-possessed man sitting cozy with others where psalms were sung and the scriptures read (Mk1:23). It was a place where hypocrites liked to show off verbally in front of others with their prayer (Matt.6:5) and then make all kinds of noise and draw attention to themselves when they did anything good for other people (Matt.6:2). According to Jesus, some of the synagogues were totally steeped in corrupt politics, had leadership that fought for the best seats in the house, honored the rich while snubbing the poor. It was a place where believers in Jesus would be severely punished, beaten, and pushed to blaspheme the Lord against their own convictions (Acts 22:19, Mk13:9, Lk4:15-20). Jesus likened some of the Bible study groups to a prison in Luke 21:12 and we read in Revelation 2:9, 3:9 that Satan himself would build counterfeits in life.

Despite the circumstances that sometimes happened in places of worship, despite the people that filled the pews, despite the wounds that came from His friends, Jesus never stopped loving people, nor going to His Father’s house, nor attending a service where the Word of God was taught. 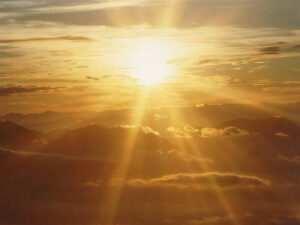 My brokenness looks long at things that have been negative and hurtful, as though watching for it can control or prevent it. But the Lord wants me to look upwards and say the word “nevertheless” as He did in His garden wrestlings. He wants me to sing the Psalms that say “So I have looked for You in the sanctuary, to see Your power and Your glory (Ps63:2), Strength and beauty are in His sanctuary (Ps96:6), One thing have I desired of the Lord and that will I seek after; that I may DWELL in the house of the Lord all the days of my life, to behold the beauty of the Lord, and to enquire in His temple (Ps 27:4).”

Being a pastor’s wife, I have often told others “The Bible says not to separate yourself and forsake fellowshipping with other Christians. Continue steadfast in the Word” and so on. But I also realize, it can be very hard if your current atmosphere includes critical winds, barometric oppression, thunderous tongues and downpours of sorrow. It may be that you need to find a different pasture to feed on God’s Word, or you’ve gotten too close to biting sheep that won’t repent. But Jesus can heal you, strengthen you, encourage you and plant you in a place where you can flourish. Don’t let others stand in the way of the beauty of God’s family, the unspeakable joy of unity, and the taste-of-heaven experiences that can occur in corporate worship. There is a glory that visits His people when they have a single heart and mind. 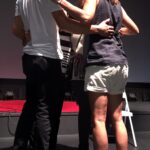 One thought on “When Church Attendance Is “Critical””