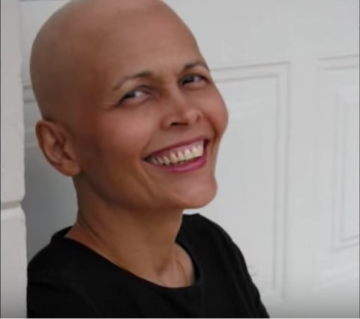 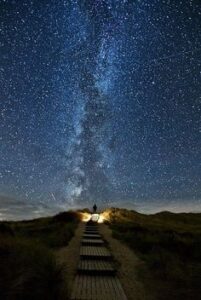 Though it was late, I measured out a cup of laundry detergent and shoved the clothes robotically into our front loader. My mind was traveling through Africa, Washington, California, England, and other parts of the globe, smothering heaven with prayer requests.

Lord, I am so burdened for _________. I can’t even imagine the suffering and physical torment she described in her e-mail. And then there’s ________. I don’t know how she lives with migraines every single day; lying in the stillness and silence of her dark room, indescribable pressing that keeps her from friends and family. You’ve also heard and held the tears of ______ while they are struggling with relentless hip pain. 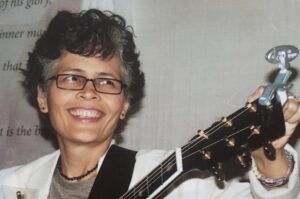 And then, it was as though the Holy Spirit interrupted my pathway of intercession and repositioned my gaze on a friend’s face that’s been in heaven for seven years now. Mary Barrett was a very special friend in my life. She was not only a gifted singer and musician, but she was entrusted by the Lord with a special anointing that enabled people to easily enter into worship and feel as though they were near heaven itself. There was a holiness and peace and joy that would fill the air and humble a heart before God.

I remember times at an annual conference we would attend, that a group of people would be sitting in a circle around her, all with their own guitars, eager to learn whatever she would show them. But what was so attractive to others, was not something that could be learned or imitated. It was the invisible, touchable work of the Holy Spirit through her. After one conference in particular, I nicknamed her “Myrrh-ee”. I had read in quite a few places that though myrrh had its own fragrance, it was best used as an enhancer, so it’s often combined to bring out the full aroma of another. Her friendship and gift of music was like that to me; though she definitely had her own unique flavor and aroma, when she sang or spoke about Jesus, His aroma was all that you were aware of.

Why was I reminded of her Lord?

Then I thought of her final days here on earth. Mary was dying a very painful death from cancer. Some nights, the pain kept her awake, while others, were from the steroids to help her breathe. When she’d call on the phone, it was hard to hear her voice. She’d labor in her breathing, and sometimes only have strength to whisper. There were no more belly laugh’s. No more conversations with her while she drove her convertible Miata to pick up her little dog Charlie at her moms. But…”Myrrh-ee” could do nothing but enhance the Lord Jesus. And then I understood why her face interrupted my prayers.

In 2008, I was out in California for a pastor’s wives retreat, walking around the beautiful grounds of Murrieta, and felt an urgency to call Mary. She wasn’t having a good day physically, so I prayed for her and then began to weep. The feeling of helplessness, the distance, her pain, was overwhelming. Then she said this to me… 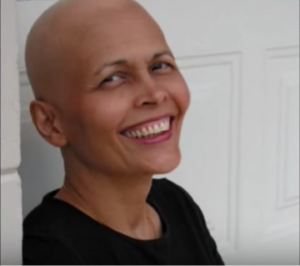 “Shannon, please don’t cry. The Lord has been revealing Himself to me in ways I never imagined. I cried out to Him the other day about all my pain and He showed me how He understood and has borne the unbearable for me. He showed me that when I have my migraines, He understands as He had a crown of thorns pressed deeply into His skull. When I find I am struggling to breathe, I saw Him on the cross, pushing Himself up on the one nail through His foot, to gasp for every breath. And on He went, revealing the Word and revealing His love for me. He suffered all I suffer, but so much more. One day, no more.”

It still springs tears…but then I hear these words she would sing at the end of nearly every pastor’s wives retreat. (I don’t know who did the recording)

The last time she sang this song at our pastor’s wives retreat, she whipped off her chemotherapy wig at the end and we all clapped endlessly. Yes, for her, yet ultimately, for King Jesus. The absolute Victor over all things hell could ever send our way.

So my prayers for pain pals across the globe, and down the street, and in my church, shifted focus. May we truly know Him more, trust Him deeper, be assured of His love, respond as feebly as we are able, and have our hearts and minds fixed on eternity. Where, “all our tears, be washed away.”

Here’s a link (that can lead to others) of her recording just a few weeks before her passing.