I looked at the clock on my dashboard and white-knuckle gripped the steering wheel. Is this stop light an hour long or what? My 21-year old impatience fiddled with the radio station then marvelled at the traffic. Though I had lived in the Chicago suburbs for four years now, I still got shocked how long it took to travel down the road. 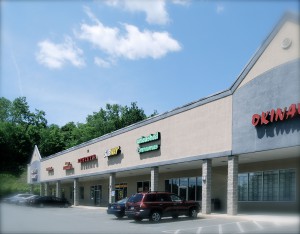 Bam! I was suddenly jolted forward and my reflexes slammed hard on the brakes. Looking up in the rearview mirror, a wide-eyed young girl with matching white knuckles stared at me frozen. I motioned for her to pull over to the 7-Eleven strip mall and we’d deal with our fender-bender there. As she and I parked in an empty area of the lot, a polished red Mustang pulled up behind us both. I glanced at a pretty young blonde in the passenger side, while a young man, about six feet tall fell out sideways from the driver’s side door. He stood up and bolted straight towards me in a rage with tobacco spewing from his bottom lip as he muttered curses and profanities about my driving. Somehow, he thought I caused the girl to hit me, and because he was behind her, he nearly wrecked his father’s new car. I looked into his bloodshot blue eyes and knew he was high on drugs. As he flailed his arms, shook his fists, and made repeated demands for me to move my car, I realized I was no match, even for an argument, with an irrational, drug-frenzied, Goliath. I turned and headed towards my eye-sore of an orange Subaru, partly bummed that it wasn’t more damaged. I shifted into first gear and began to pull forward, when a hand suddenly shot through the window and grabbed me by my neck. The car began to buck as my foot came off the gas pedal, then a second hand grabbed my throat, yanked me through the window, and down I went to the concrete pavement. I tried to stand up but was shoved back down and then the rest became a blur. At some point, while trying to defend myself, he had picked me up over his head and threw me on top of the hood of his car. I landed so hard on my back, that it completely dented the hood and caused something in me to snap-probably for survival. By the grace of God, though I was not a Christian, I fought off my attacker strong enough that he suddenly stopped, got into his Daddy’s new car, and pulled calmly up to the 7-Eleven store. I stared at his license plate to memorize it, then stood stunned a moment. As my breathing began to slow down, I looked straight ahead at the window front of an insurance office. Rather than my reflection, all I saw was a row of men’s and women’s eyes peering right back at me. Then in the windows of the pizza place next door, I could see people with white aprons and chef caps, mouths opened or covered by a hand, yet unmoved and silent by what they had just witnessed also. As I scanned all along the storefronts, little silhouettes donned each of the glass windows…and I was shocked that there was none that had tried to help. Not one voice. Not one shout. Not one crossed the threshold of their comfort zone to intervene in an openly violent, obviously unjust attack. Not one felt enough compassion to even call the authorities. They just watched. 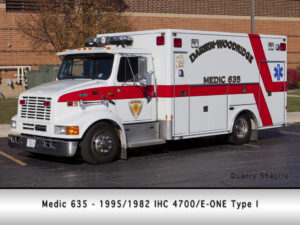 “Are you ok?” the bumper car girl asked behind me. “Why don’t you go to the sidewalk and I’ll call the police.” As I sat down, my body began to convulse in shock and then the pain overtook me. “I need an ambulance” were the only words I could get out while I slumped down to the pavement. I would remain in that horizontal position for many weeks due to the damage done to my spine and neck. So why the story? Two reasons. First, it comes back to me often. Like the other day as I listened to a woman tell her story of being molested for years as a child and finding out there were family members who suspected it but said nothing. They chose to stay behind their own glass walls with unwritten letters saying, “If we do anything, it will ruin the family, the holidays, and mom won’t be able to handle it.” So they watched out of the corner of their eyes and said nothing. Then the story of another woman whose husband was steeped into pornography for so long, he eventually acted upon it, committed adultery and destroyed his entire family and ministry. His closest friends had known about his struggles but said nothing. They silenced their mouths behind glass walls with an unspoken message saying, “Who are we to judge? We don’t want to lose our friendship.” Story after story I could write of those who have experienced incredible pain, suffering, and devastation at the hands of others, and who had people in their lives who saw, heard, and could have helped…but chose to stay silent, uninvolved, and comfortable behind their own glass defenses.

The Word says there is a time to pray and a time to act. And when we don’t know what is best, we ask of God who gives liberal amounts of wisdom. But when there are acts of sin being committed right in front of us; when those that are helpless, innocent or weak are being hurt at the hands of others; or we hear of others being wrongfully slandered or verbally abused, demeaned, or ridiculed; what a shame for the righteous, if the response is silence, immobility or an attempt to hide from involvement. The Word says “The Lord saw it, and it displeased him that there was no justice. He saw that there was no man, and wondered that there was no one to intercede…” Isa. 59:16 And again “I was amazed to see that no one intervened to help the oppressed. So I myself stepped in to save them with my strong arm…” Isa.63:5. Finally, “Defend the weak and the fatherless; uphold the cause of the poor and the oppressed. Rescue the weak and the needy; deliver them from the hand of the wicked” Ps. 82:3,4. “Wait Lord!” we say. “Isn’t that Your job? You rescue and deliver them from the hand of the wicked, and I will give you all the glory for it.” Yes, He does rescue and yes, He is the Deliverer. But the Lord has a great heart for those who are being abused, oppressed, wrongfully imprisoned or in bondage of some kind. And as members of the church, His body, His bride, James 4:17 says “For those who know to do good and do not do it, to him it is sin.” In other words, for those who are hearers and observers of wrongs being done to others, and choose to stay behind glass walls of excuses and self-protection, it is sin. I can’t think of Christmas time, without thinking of a╬ô├╢┬╝Γö£├¡Father that had such deep love and compassion, that the moment He observed Satan’s successful attack against Adam and Eve, He immediately intervened, made provisions for their health and future, and provided protection for both of them. Then think about Jesus, Who chose not to be a mere observer, but stepped down into the vulnerability of a child and risked all, forfeited all, surrendered all, fought (and defeated) all, GAVE ALL….even unto death…because He loved all, so that we might inherit all…forever. I know there are modern-day Good Samaritans (Luke 10:25-37). And one thing is well-known by their recipients; the Samaritan has more love for the Lord, for righteousness, and for the victims they are trying to help, than they do for their own money, resources, reputation or welfare. They do not stand behind glass windows. They do not keep their mouths closed. They do not keep their hands at their sides…when there is an obvious opportunity to do what is right. Saeed Abedini isn’t the only prisoner, nor the only Christian suffering at the hands of another wrongly. ‘Tis the season, to be like Jesus. 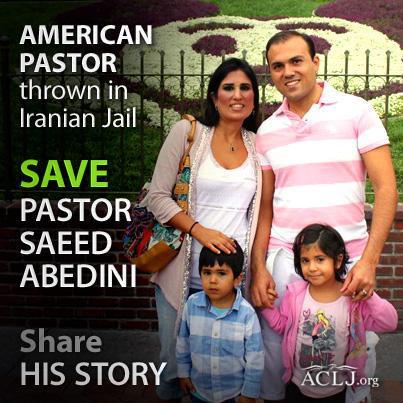