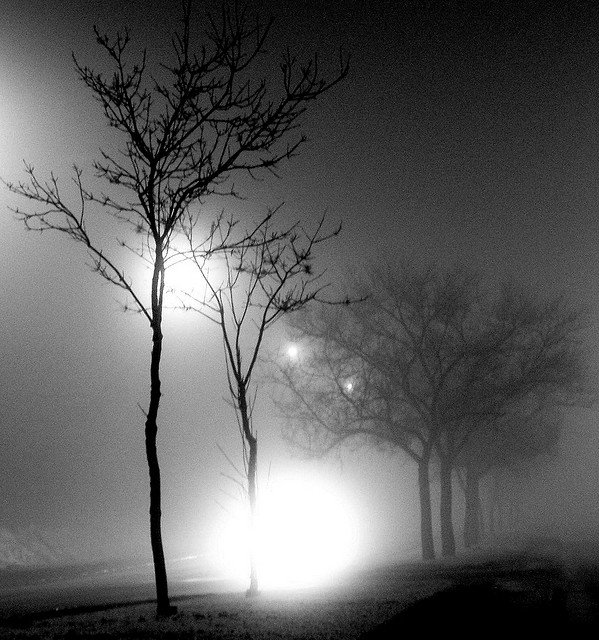 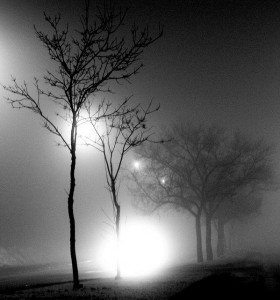 There was a day when Hope no longer answered the door when Pain came knocking. Pain was a persistent visitor who’d come calling every morning once Consciousness arose, opened the eyelids and filled the world with light. Often times, Pain brought his closest companions: Self Pity, Depression, Fear, Anger or Discouragement. On days when his voice seemed especially loud and demanding, he’d bring along a deadly comrade named Despair and overstay his welcome.

Welcome? Yes…Pain was welcomed by Hope because Acceptance and Faith also dwelled within and all three knew that when their adversary came, he would be heavily laden with the best treasures. He might try and hide them beneath his thorn-rimmed cap, or tuck them deep inside thistle-lined pockets, or bury them beneath layers of forebodings or he’d practically conceal promises in the center of his filthy, tight-fisted grip. But when Pain came to visit, Faith’s dwelling always made entrance as the value of the gifts outweighed the light and momentary afflictions.

Yet, on this particular day, Hope didn’t answer the door. The reason lie in the night before.

As Consciousness had sunk beneath the edge of the day and Pain made his resentful exit, Despair had slipped in unaware and hid within dark corner shadows. Neither Faith, Hope, nor Acceptance awakened at his entrance, but the air instantly turned colder and oppressive.

Time passed and the thick black of midnight cloaked Despair as he searched for his victims. He stalked through the quiet and found the bedside of Faith. Then in echoing, melancholy tones, he began to sing songs of doubt and disbelief that infiltrated Faith’s beloved sleep, turning divine dreams into disparaging nightmares filled with chaos, confusion and defeat. Every melody was haunting in its heaviness and when Faith would stir restless, Despair’s rhythmic lullabies of “Giving In and Giving Up” would send him back to slumber. Finally, Faith’s face lost color and his breathing slipped into a death rattle.

Despair smiled and quickly made his way down the hall to find Acceptance sleeping on a cot next to the front door. His countenance was restful with an apparent joy that filled Despair with disgust. He reached into a bag and pulled out vials with various labels, such as “Unfair,” “My rights,” “If God was loving” and “Don’t deserve this.” He quickly filled a syringe with a cocktail of poisons specially designed to paralyze Acceptance with the sourest bitterness. While the venom filled Acceptance’s veins, his brow began to furrow, lips tightened thin, and previously opened hands clenched in a white-knuckle fist. “Yessss” hissed the murderer. 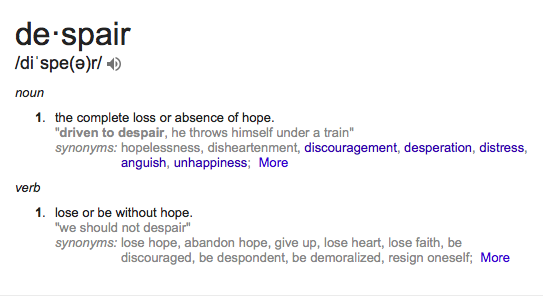 Despair snapped his bag shut and stood to his feet with smug confidence. He walked towards Faith’s bed chambers and smiled at the silhouette of his enemy. With demonic pleasure he walked out the front door and locked it from the outside. It would be too strong to open alone in the morning. He imagined the scene as Faith would find himself imprisoned and resisted at every attempt to escape. Then how he would awaken Acceptance and be greeted with biting words, critical cursings and slander against the One Who sent Pain. Then Faith would run to awaken his strongest friend, but he’d find Hope too sick, too weak, and too faint to help.

As Consciousness peered over the housetops and flooded the valleys with golden hues of dawn, Despair’s cackle rode the morning breeze and Pain sauntered around the corner to make his daily rounds. No need to imagine any longer.

So why such a dark, discouraging parable? Years ago, I had a friend who was battling cancer unknowingly. She had a half dozen physician’s treating her for just as many illnesses, yet none of them had uncovered the root cause of her suffering. She was a very strong Christian and had been an inspiration to me for years, but this night…her words were dark, desperate, doubtful and despairing. We wept together, rehearsed the scriptures, and crawled to the throne of grace together in prayer. When I hung up with her, this scenario played out in my heart. A personification of the invisible enemies we battle in our lives. The story could be longer, better illustrated and more reflective scripturally, but this was the raw account I had.

When Jesus was in His final hours with the disciples, He knew that Peter, in particular, was about to get hit hard by the enemy. Circumstances and Satan were about to throw Peter’s life into a tailspin and disillusionment about his Savior would deal many blows. Of all the things Jesus could have prayed for him, faith was the Lord’s desire for Peter.

The scriptures say in 1 Peter 1:7, that our faith is more precious, more valuable, than gold. And faith is strengthened in our soul when we accept adversity, yet fight the adversary. When we accept pain and inoculate discouragement by believing the promise that it’s momentary, incomparable to heaven, and filled with the treasure that comes with fellowship in Christ’s suffering. Faith is never defeated when we maintain hope and make sure that it is found in Jesus, not in our circumstances. 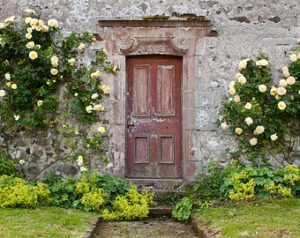 There are people I know who have given in to despair. They’ve lost all hope that Jesus hears, that the Father cares, that their circumstances will ever change, or that life will ever get better. They’ve believed the lies that accompany soul-deep pain and have gone from battling discouragement, to depression, to despair. But with the Lord, the Holy Spirit, and the power of His Word, there is no adversary or enemy that can match such power to defend us.

So without making a small novel out of a blog post, here are a few more promises for the days that Pain comes knocking.

Psalm 34:17 The righteous cry out, and the LORD hears them; he delivers them from all their troubles.

Prov. 13:12 “Hope deferred makes the heart sick, but when the desire comes, it is a tree of life.”

Psalm 71:14 “But I will hope continually, And will praise You yet more and more.”

Rev.21:4 “God shall wipe away all tears from their eyes; and there shall be no more death, neither sorrow, nor crying, neither shall there be any more pain: for the former things are passed away.”

One thought on “Hope’s Demise: A Parable”